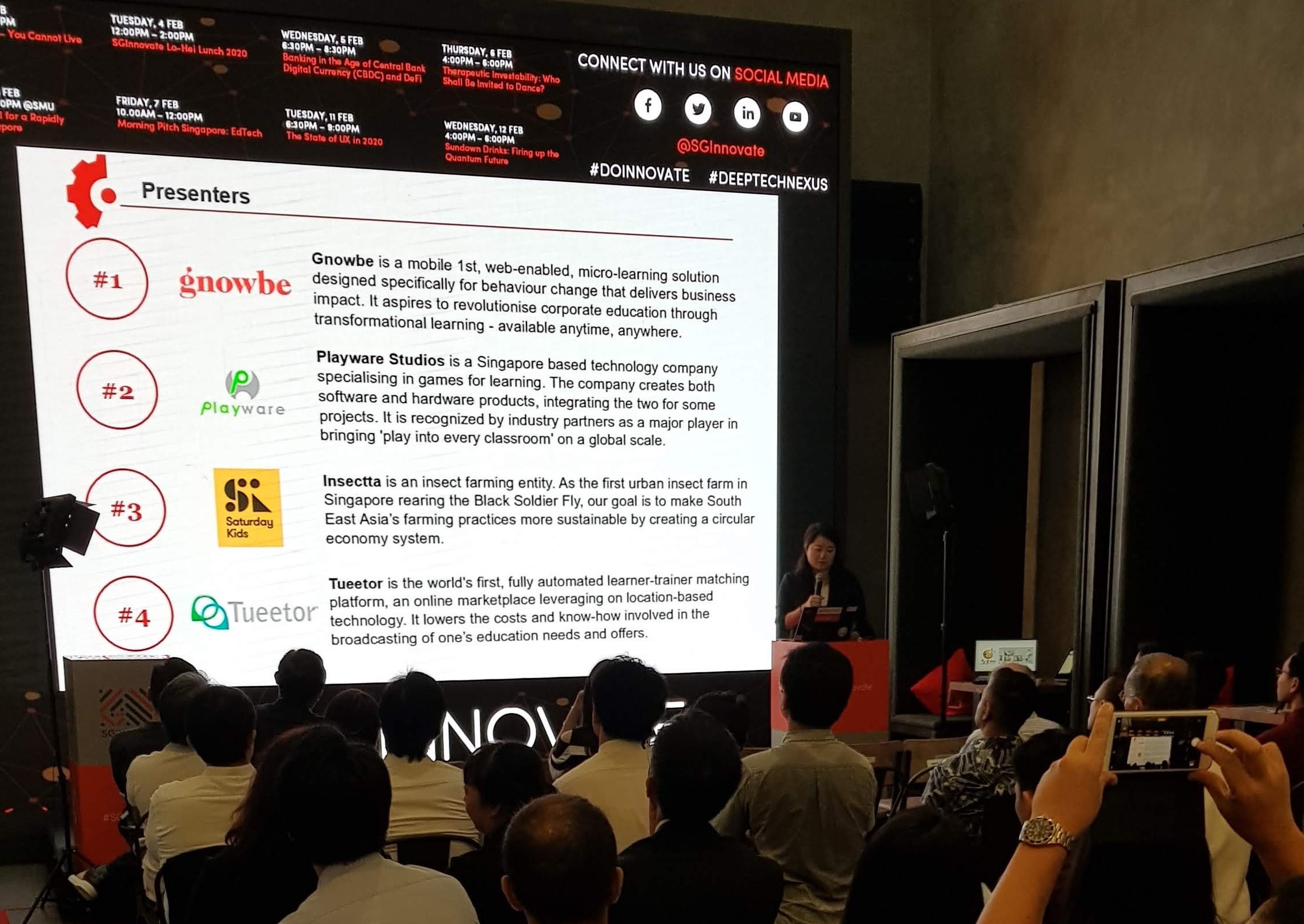 The Deloitte SEA Innovation Team invited Playware Studios to present for the Morning Pitch 7th of February – it was a startup pitching event that happens every two months in Singapore. The theme for this February was Edutech.

Each session, Deloitte invites 4-5 startups in a specific sector to pitch, in a room of industry-relevant corporations and Japanese companies (guests are by-invite only, so it is highly curated).

Morning Pitch is a pitching platform hosted by Deloitte Tohmatsu Venture Support. This platform helps start-ups form business alliances and partnerships with large corporations, corporate venture capital and venture capital firms. The theme of each Morning Pitch is defined in advance and changes monthly – originating from Japan where it has served as a similar platform for over four years, resulting in M&A’s and IPO’s.

Each morning pitch will have a short introduction to the theme of the event by Deloitte (roughly 5-15 minutes). After this introduction, invited start-ups will get on the stage and present their business to the audience in a few minutes, followed by a short Q&A. At the end, they will be 30-40 minutes for networking between start-ups and audience.

The event series was originally launched in Japan in 2013, where it has been organized over 270 times, over 1100 startups have pitched, and more than 15 IPOs and 200 business alliances have been created.