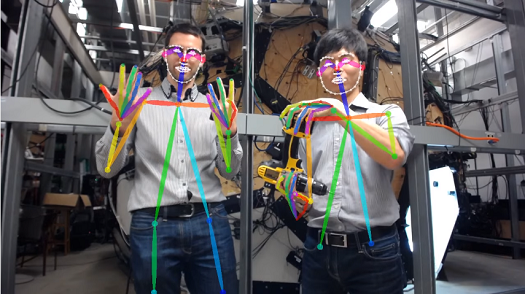 Following up on last weeks posts [Mixed Reality][Augmented Reality] about new technologies in learning, we bring you more upcoming innovations that show potential for Simulations, Games Based Learning and Gamification especially in the fields of skills-building, e-learning and virtual-practice.

This week we take a closer look at Computer Vision, Artificial Intelligence and Machine Learning and explore how these edge technologies could impact the training and learning landscape of tomorrow.

So here are 3 exciting new edge technologies (as of March 2018) that show real potential:

3. Eye Tracking as a control interface

The promise of eye-tracking, as shown in the video above, in the field of skill-building, is mainly in the building of Situation Awareness skills. One of the key ways that experts (at any task) differ from novices is in their perception of the situation. Studies have shown, that experts perceive situations differently from novices, even when they are given the same information. When designing games for learning, the ability to follow the gaze of the learners, can give instructors a great insight into their level of competence, instinctive response and thought process.

With devices like Microsoft’s, now discontinued, Kinect or Intel’s RealSense we could already design games that could understand and interpret whole body gestures. This allowed for some very fun and physical game designs that were revolutionary for their time. The technology that is demonstrated in the above video takes this up several notches. Think about virtual environments and objects that could not only respond to fine motor control (like with Google’s project Soli), emotions and body language but also understand them and be altered by them. This would lend a fidelity to simulation-based and virtual learning that is currently not possible without spending millions on specialised hardware.

This last technology has been designed for and is being used for controlling autonomous drones. No plans have been announced for its underlying processes to be released for other developments. However, we think that the potential it demonstrates for training and learning is truly extraordinary. Think of augmented reality and mixed reality learning that can take place, while the learner navigates real world environments. There is tremendous potential for using such technologies for training of a wide range of skills in an equally wide range of sectors such as military, construction, civil defence, mining, agriculture and many many more.

What technologies excite you the most? How do you think the above technologies could be used? Leave us your opinions and suggestions in the comments below.