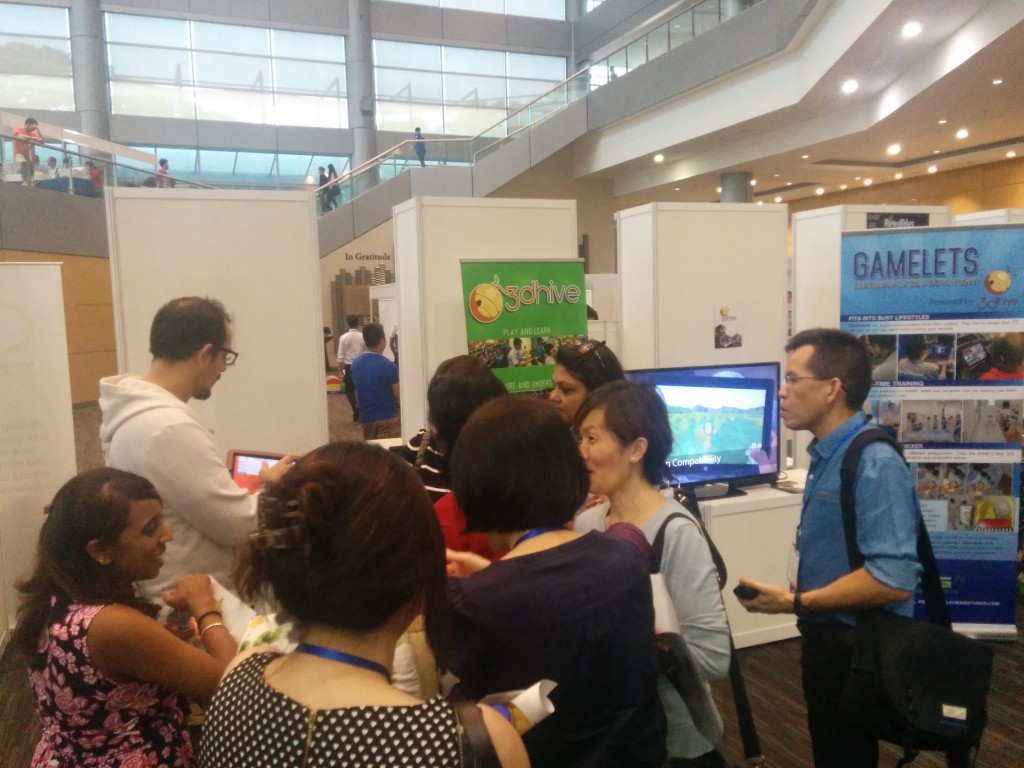 This year, the National Healthcare Group (NHG) partnered with the Serious Games Association’s (SGA) for Game Jam 2015 on the 11th – 14th of August 2015. Professionals across various fields from different hospitals formed teams to develop medical-based games for both medical professionals and patients – in the case of the former, it was to help them practise their skills and knowledge in a safe environment, and for the latter it was to help them understand their condition better, as well as to familiarise them with any medication or care routine they may have. These games were created on Playware Studios proprietary game-making engine called 3DHive.

Team K-Dot from Tan Tock Seng Hospital (TTSH) created a game about Tuberculosis (TB) treatment. The idea behind the games was for players to be immersed in a virtual environment that was familiar and relevant to them, in which they would learn about TB. This would be done by letting the player rove the virtual world, where they would have to experiment through both actions and decision making – for instance, entering a Polyclinic to buy TB medication to fight and kill TB germ invaders. Making the right decisions would reward players with an increase in health points, which would allow them to last longer in the fight against the invaders.

For team K-Dot, the intended benefit of their game was that patients who were tired and likely to have short attention spans as a result would be actively engaged by the game, which would make the learning more entertaining and thus easier to absorb. The concept would also generate awareness of consequences through the decision-making that players will be engaged in, which would in turn modify the player’s thinking, attitude and health behaviour. They also felt it would be something that could be used for public health teaching during World TB Day event, and that it could supplement public health education about TB contact.

Then there was Team Lubb Dubb, also from TTSH, who did a game on the Management of Chest Pains. Their game was about the assessment of chest pains, and how to manage patients with said pains. The idea behind this game was to address the knowledge gaps of newly-graduated nurses who may encounter such situations, thus enhancing the knowledge of healthcare workers and increasing their ability to provide safe care to patients.

For Team Eunice, their game was called Good Hand hygiene centered on a child called Paos(try and figure out the reference) who has shrunk to a miniature size. Armed with a bubble gun, he has to prevent bacteria found on hands from escaping by strategically blocking their path. A puzzle game, it was designed to be accessible for kids as young as four years of age and to teach (surprise surprise) the proper way to wash your hands.

All the teams who took part in the game jam felt that mobile game-based learning has potential; The most common reason among the teams was that since most people have a smartphone, mobile games allowed for unprecedented mobility and ease in training and practise. Many also liked the idea of using games to deliver content that could be rather heavy and dry, as they felt the entertainment and fun factor would engage players better and aid their learning, and that the challenge within the gameplay would improve retention.

The main problem that most of the teams faced was lack of familiarity and experience with gaming concepts and mechanics. Cost was initially a factor too, but after they had a chance to tinker with the 3DHive game builder that particular worry melted away. The other concerns they had was how to keep games up to date easily, and how to deliver both the initial games and the updates in an efficient manner to multiple users across multiple devices.

NHG has since decided that it will develop the games conceptualised by all the teams into actual mobile-games for distribution to staff and patients, which Playware Studios will be helping them with, with an eye to developing further games should the first batch of games be well received in 2016.