The NPGCC is an annual event that incorporates game creation, game playing and all things ICT to foster closer relationships among primary schools in Singapore. The objective of NPGCC is to promote game creation as a pedagogy and ICT for all students. 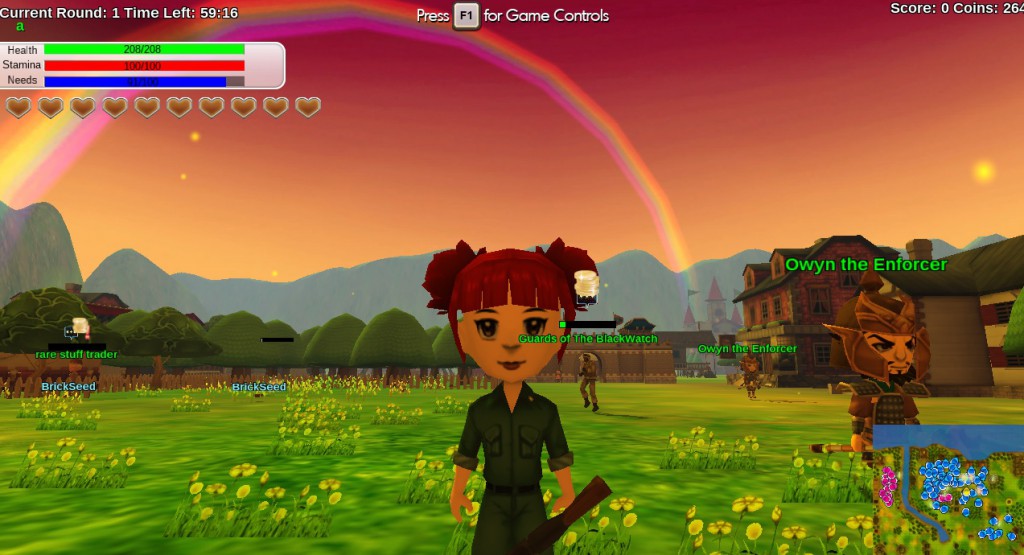 The backdrop of the game is set in a medieval fantasy world and is about the former warriors of Lord Galadhon who had been slain in battle. His masterless warriors who are now known as The Ronin are seeking out to complete the 7 Wealth Quests of Garendur to become the next ruler of the Realm of Galador as prophesised in the Ancient Book Of Destiny.

The main warrior characters are Nessa the Assassin whose specialty is the crossbow, Ariel the Huntress who is excellent with the Longbow, Owyn the Enforcer who is powerful with the Broadsword, Lothoriel ColdSteel who is undefeatable with the Battleaxe, Xenia who is quick with her katana blades and many more. The player can roleplay as any one of these characters of Team Ronin.

There are many other Non-Role-Playing characters as well like the common townsfolk, the evil Orc Monsters and the LivingDead who prey on you, City Guards of The Blackwatch who takes care of the security of the Cities, Lord Arwen the famous Banker of Red Tower Bank and the great mage Thoros the Wise amongst others.

These NPC will spontaneously interact with your roleplaying character to either chat with your or share their infinite financial literacy knowledge to help in your quests or dish out some friendly advice on where to find help or earn some cash during the game.

The Guards of The Blackwatch will patrol the city against marauding Orcs and The WalkingDead zombies who will attack innocent people. The guards might even approach you or seek your help to fight.

Congratulations to our sc...
Academy of Play: The Logi...