Playware Studios’ Game Artist, George, always found art to be his favourite subject in school. Doodling on his textbooks and classrooms tables, he had no idea his attempt at creating a trading card game with a classmate would eventually lead him on a path to creating a real trading card series.
We sat down with him to find out more about his interest in art and his influences.

What do you do in Playware?

Most of my work goes toward the asset building of 3DHive. When I first came in as a 2D artist, I worked on character and background concept art, animation, in-game art assets and UI-design. As time went on, the need for more hands-on 3D art for 3D-heavy games became greater and I took it upon myself to pick up 3D modeling and animation. It pleases me greatly to model my own 2D concepts and see them make the transition to 3D. 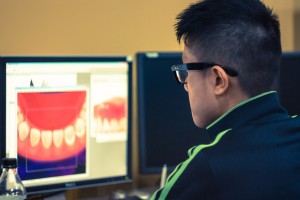 I always enjoyed art but thought it was the least important subject in school. My interest in it was only properly nurtured and appreciated when I enrolled into design school after my national service. My stint at making a real trading card game was a great experience that led me to Playware Studios through a twist of fate.

One of the first games I worked on was a little 2D educational game called Vanished. Working on this project allowed me the privilege and freedom of planning and creating the entire look and aesthetic direction of the game. I wish I had the chance to write the story and dialogue too. 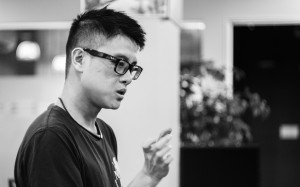 What excites you most about 3DHive?

The very idea that it could be in schools all across the island where my little cousins and friends’ children can actually play and see my work is pretty exciting. To have them benefit while doing so would be ideal.

What type of games do you like to play?

In games, narrative and innovation are key elements for me. I shun almost anything which requires excessive repetition (except MMORPGs) and superhuman reflexes (shooter games give me vertigo). This has led to my game library of mostly RPGs, puzzle-based adventure games and MMOs. I do still need games to pump some adrenaline in me so I play games like Monster Hunter. 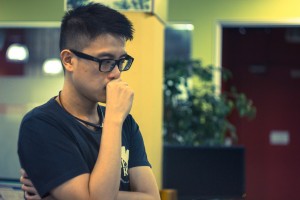 It would be incredibly hard compiling a top-5 list, much less to choose my favourite game of all-time. The Ace Attorney: Phoenix Wright  trilogy, The Longest  Journey (and its sequel), Xenogears, Final Fantasy 6, Mass Effect and Shadow of the Colossus are all games which have made my list for their awesome storytelling. A recent gem I came across is an underrated puzzler on the Nintendo 3DS, Zero Escape: Virtue’s Last Reward.

When I first started out in art, most of my influences from popular media were mostly of Japanese origin and included video games such as the art of Akira Toriyama (Dragonball comics and games). My first role-playing game, Final Fantasy 6, gave me one of the biggest inspirations in the form of Amano Yoshitaka’s ethereal paintings. It was the character art of Yuuki Nobuteru (Chrono Cross, Record of Lodoss War), however, which really drove me to want to do game art as a kid.