It’s an understatement to say that today’s kids are smarter than those of previous generations. There seems to be very little that they don’t know or have an opinion about. My kids, for example, can have prolonged discourses about anything under the sun, be it the dietary preferences of zombies (“no, they don’t like sheep brains, only people brains”, claims my 6-year old in all seriousness) or why a particular classmate needs anger management sessions to help him deal with his issues (“hopefully then, he’ll stop hitting his face with the broom”, says my 9-year old know-it-all) Never mind that no one else is listening. When it comes to talking about computer games in particular, my older son can hold forth on a game’s virtues as well as its shortcomings. Like about how the “Minecraft people” should be informed about how difficult it is to make lifts (of all things!) in the game. Apparently it’s an arduous task that just takes too much time; even homework can’t get done as a result. Erm…ok….

I decided one day to ask Mr Smarty Pants what he would include in a game if he were a game designer. It was as if he’d made a list already, there was no hesitation to answer at all. Challenges, the game must have challenges that are tough and yet doable so that the player is excited to go on playing. Having several lives was also important, he said so that the player would have many chances to win. What’s the point otherwise? A few more coherent, sensible responses like these and it was clear to me that my son had found his calling in life. He would grow up and be a game designer. I could just see him a decade from now, a handsome, serious young man giving talks on his latest game invention, the audience eating out of his hand….ok, I know, enough digressing. I then asked him what he thought about making educational games based on stuff he had learnt in school. Wouldn’t that be fun, I asked. He gave me a look of disbelief. No one would want to play boring games like that, came the retort. So, lessons = boring, games = fun. And that was that. But is that really all there is to it? Apparently not. 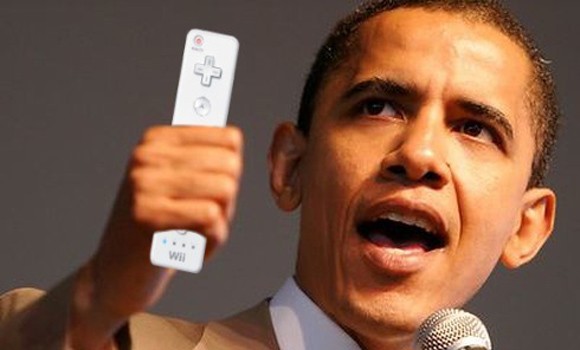 Recently, Obama, in one of his “fireside” chats, spoke about encouraging kids to make their own games, rather than just simply “consume them”. You know that when the President of the United States endorses something, it must be something worth paying attention to. His rationale is that in order for the US to retain its global competitiveness, a STEM (Science, Technology, Engineering and Maths)-related education system is what is needed. Using ICT in the classroom to teach these subjects, he believes, is the way to go. Games-based learning, as part of ICT, is slowly but surely gaining popularity as an important way of engaging students. In fact, schools across the US have embarked on programmes to, not just use games in the classroom, but too equip kids with the necessary skills to design their own games. Globaloria is a national programme in the US that enables students to design educational games on subjects like Maths, Science and social issues. Using this programme, students first read and learn about a particular topic. Subsequently, they are taught how to programme a video game using Flash. They are then ready to create their own game on the topic.

So, how do students benefit from designing their own games? According to William Dorsey, a Biology teacher in the US, students learn not only more about a topic, they also develop “soft skills” like being in control of their own learning and teamwork. No doubt, by empowering students in this way, they will become more engaged and excited about their learning. In fact, a video I watched about Globaloria confirmed just that. The students interviewed said their Globaloria lessons were more fun than the usual boring lessons where” the teacher just talked and talked and no one listened”. I must admit, though, being a yappy teacher myself, my heart goes out to their teachers. I know from experience that it’s no laughing matter dealing with a classroom full of surly, apathetic teens. In the Globaloria lessons, the teachers act as facilitators, guiding the students through the whole process. There is much less teacher-talk as a result. One student also spoke about how in those lessons, the students work together and help each other. This is unlike typical lessons, where everyone stays put in their seats. The atmosphere is the classroom seemed to me to be more lively and inclusive, where every student is involved and active. As one student put it, “with Globaloria, you get into your computer, learn what to do and just do it.” Sounds perfect to me.

In an article by Marc Prensky (game based learning advocate), he claims that students can build successful educational games. And because the young digital natives of today learn and process information in their own unique way (quite unlike us pre-historic fuddy-duddies), they are more likely to learn better from games designed by their peers rather than those by their teachers or game companies. Using tools like 3DHive, kids are able to build games around their own interpretation of specific topics or content. Other kids will be able to relate better to these games, thus learning becomes more meaningful at the end of the day.

Prensky’s research also confirms what students and teachers of Globaloria are saying about the whole issue of empowerment. At the risk of sounding like a broken record, let me re-visit that briefly. When students make their own games, they have the opportunity to do things they wouldn’t ordinarily get to do. Without the teacher breathing down their necks telling them what to do, they have the freedom to exercise their own judgements and learn from their mistakes. In other words, they take ownership of their learning. Good for them but what happens to the poor teachers then? Are we just to be cast aside like old goods? According to Prensky and other researches on gaming, teachers are still important (phew!). Rather than directing the students towards certain outcomes, teachers instead help their students to think critically about their choices and guide them towards drawing valid conclusions. Frankly, I like the sound of that. It’s about time students are made accountable for their own learning. It sure will take some of the heat off us! 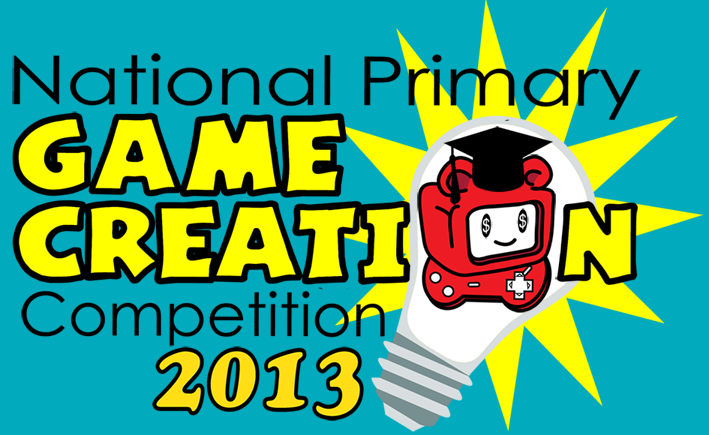 Yet, in spite of all the benefits of getting kids to make games, there is still much skepticism from parents and educators alike. There are many reasons for this for example, the cost, timetabling constraints, the lack of curriculum time, etc. But I think it all boils down to the fact that people are still wary of bringing something as potentially harmful as games into the classroom and putting it in the hands of kids. They feel it’s a Pandora’s Box; something you open at your own peril. Perhaps there needs to be a real re-education drive to change the mindsets of the people in positions of authority. Still, there are signs even here in Singapore that things are looking up for the world of gaming. There are at least 2 nation-wide competitions organised annually for school students to create games: the National Primary Game-Creation Competition (NPGCC) and the Singapore Game-Creation Competition (SGCC). Nothing like good old-fashioned competition (complete with great prizes and the promise of fame) to get people interested in something.

According to the legend, after Pandora had let out evil, disease, war and every other imaginable horror into the world, she opened the box again to show her husband Epimetheus what she had done. Just then, a tiny bug flew out. He introduced himself as Hope and proceeded to fly off into the world. And so it seems to be with kids making games and changing the face of education. With all the risks, dangers and whatnot that come with games, there is also hope. Hope that children can find meaning in what they learn and actually enjoy the journey in the process. Bet you my children will have something to say about that….