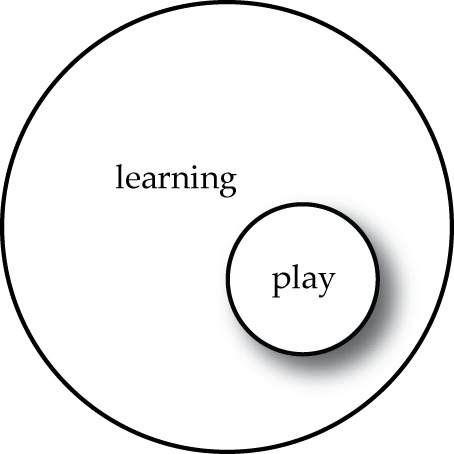 Most afternoons these days, you will find my kids and I at home playing games. Since the weather often makes it impossible for us to be outdoors, we stay in and bond over “Monopoly”, “Snakes and Ladders”, “Gin and Rummy” or whatever else takes our fancy. No iPads or Wii s or any other gadgety things Those things only get to see the light of day on weekends, thank you very much. We have a lot of fun during these sessions and much to my delight, quite a few teachable moments happen too. Don’t tell my kids they might be learning something, though. The very idea might just put them off playing games with me altogether! But seriously, games can develop healthy behaviours and attitudes in kids in many different ways.

Just the other day while playing a board game, my older son chided his younger brother for not taking turns. “You have to respect everyone else’s turn. You are not the only one who matters in this game,” he said. Such maturity beyond his tender years, I thought to myself. I had taught him well after all…. Minutes later though, my reverie was rudely interrupted by the cries of “cheater bug!” Turns out that this supposed mature boy had flouted the rules of the game when he realised he wasn’t going to win. His little brother had caught him out and all hell was breaking loose. It took me a while to restore order again. So once the tears had dried and the apologies made, I proceeded to give a lecture on the importance of fair play and being a good loser. Even Lance Armstrong was brought in to give a dose of reality to the talk. I think the whole episode made some impression on them. Indeed, if the research is to be believed, games are an ideal way of encouraging social and emotional (SEL) or affective learning. But perhaps what needs to be asked, given today’s context, is whether this still holds true when it comes to computer games? We know all about these games promoting violence and addiction and what not but there are those who insist that they also help our kids become better people. Are they right? 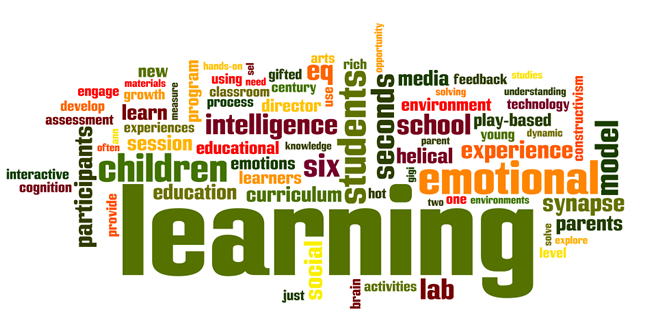 According to researchers, SEL refers to developing both social and emotional competencies in children. Emotional development consists of understanding your own and others’ feelings, learning to manage those feelings, and wanting to do so. Social development involves building codes of behaviour and developing pro-social attitudes, among other things. In a 2010 paper by researchers from Canada, it is stated that role-playing computer games (RPGs) and other character-based games can be very effective in enhancing kids’ affective learning. For one thing, such games are able to depict real-world scenarios where an individual (in the form of an avatar) belongs to a community. In order to succeed in his mission, he must collaborate with his group and play his assigned role according to the division of labour within the group. In essence, a player must be a team player while solving problems and making decisions for the greater good. The game World of Warcraft is an oft-cited example of this. This sure sounds like a good thing for many kids in affluent societies like ours who have been brought up believing the world revolves around them. Remember the disgraceful photo of the NS man with his army rucksack-carrying domestic helper that went viral? Most of us agree we don’t want our children emulating such behaviour but secretly fear that in spite of our best efforts, we have raised offspring too soft and too spoilt to be of any use to anybody when they grow up. My children are a case in point. It’s a Herculean effort on my part to get them to do things for others, let alone for themselves. As far as they are concerned, why bother, when there are so many perfectly qualified people around to do it for you.

There are also games on the market that raise awareness of global crises. For example, “Darfur is dying” is a web-based, viral video game about the ethnic conflict and refugee crisis in western Sudan. Developed in cooperation with humanitarian aid workers with extensive experience in Darfur, the point of the game is for players to take action to help stop the crisis there. Action items are embedded within the game, so that the user may send an automated note to the President of the US to support the people of Darfur, or petition Congress to pass legislation that aids Darfur’s refugees. As one website puts it, “Darfur is dying” helps make activism intuitive in the digital age.” Coming from a society where civic engagement and social activism are relatively alien concepts to many, I think our young must surely benefit from such games. By increasing their awareness of global problems and developing their sense of empathy towards the suffering of others, young people can hopefully understand that there is more to life than owning the latest iPad or mobile phone. 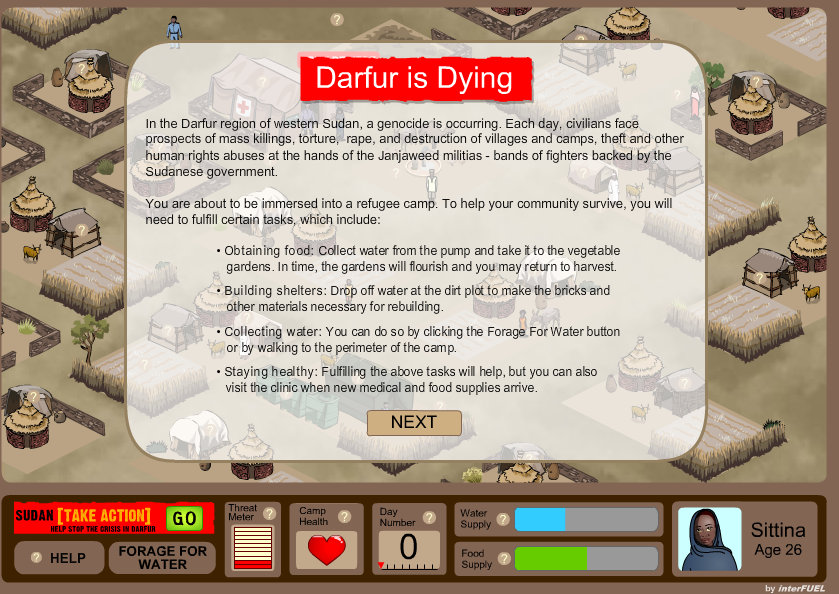 All this sounds well and good but I can’t help but wonder if the affective learning from games can actually translate into any real-world application? I mean, just because you display positive behavior in the virtual world, does that necessarily mean you will be a model citizen in real life? I must admit that I am skeptical. Still, there are people out there who believe it to be true. Jane McGonigal, a game designer from the Institute of the Future in the US, suggests that more people should play games for longer periods of time in order to become better versions of ourselves. As a result of this, the world would be a much better place to live in. She believes that if we all played a total of 21 billion hours of games a week (from 3 billion currently), we could solve all the world’s problems. The woman is insane, to say the least! But still, her theory is interesting. According to her, since gamers acquire so many good skill sets through games (like being more collaborative, empathetic and so on) the more they play, the more they can bring that into the real world. Over time, she believes that human nature will evolve to the extent that we will eventually become the people we are in games – Super Empowered Hopeful Individuals is her term to describe this new and improved human being.

In a game like “World of Warcraft” for example, gamers build strong social relationships with each other. As a group, they become powerful enough to change their virtual worlds. This, she believes, can happen in reality, if only we played more of the game. In another game she designed called “World without Oil”, the players have to find solutions to the problem of oil shortage. A study she did on the gamers found that many of them continued their environmentally-friendly habits from the game in real-life even after they had stopped playing the game. So by extension, if more people played the game and continued to practice the good habits they had in the game, the world would become a better place to live in. On second thoughts, maybe she’s not so crazy after all….

On a more down-to-earth note, games are being used to help kids with social and emotional development issues, in particular autism. From what I have read, these seem to focus on enabling autistic kids to navigate through social interaction that might otherwise be confusing and threatening for them. The University of Victoria (UVIC) in Canada has designed a computer game that uses facial recognition software. The kids have to mimic the facial expressions they see on the screen in order to conquer levels. The idea is that by practicing the expressions that convey different emotions, the kids will be able to better understand how other people feel and thus, communicate better with them. In this way, they can break through the social and emotional barriers that many autistic people have to typically deal with.

To end, I hope this article has shed some light on how games can help our children learn affectively. No doubt, games can make a significant impact on how our kids behave and their attitudes to life. But I do believe that when it comes down to it, nothing beats the influence of family and parents, in particular, especially if it is young kids we are talking about. If SEL doesn’t begin at home with parents taking the lead, no amount of gaming is going to make Junior into a sensitive, caring, team player. But it’s good to know there’s help if we need it.