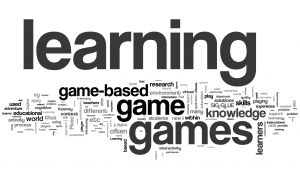 Just this week, I sat in class listening to my students give presentations on a topic of their choice. There were interesting ones about saving dolphins and wanting to be a K-pop star but also yawn-worthy ones about the history of bicycles and a girl who wouldn’t eat her vegetables. One thing that struck me though as I sat there, was the number of students who presented on gaming or at least something related to online games. There was the boy who told us of his gaming addiction, a girl who spoke about her internship with a games production company and another one who enlightened us about a novel called “Sword Art” that had been turned into a game. I can’t say these were any more interesting to me than the other presentations but they certainly did indicate how much online games are part of a teenager’s psyche. I decided to pose a question to these youthful gaming enthusiasts: do you think you actually learn anything from games? The answers came fast and furious- “I can solve problems better”, “I can think faster”, “I’ve learnt teamwork” and so on. Sure, the same old things we’ve all heard before. Now, if games are really all that wonderful, shouldn’t teachers be utilising it in a big way to enhance learning? Why is it that gaming (in our society at least) hasn’t moved beyond the realm of fun and games?

A check with several teacher friends of mine revealed that a grand total of no one had ever used games in the classroom. And these were people whom I considered excellent teachers, IT-savvy individuals who were always trying out novel approaches to teaching. One experienced teacher told me “I don’t know how play games, lah” while another said “I would love to but I don’t know of any games that are suitable for my subject.” I did get the impression that these teachers were open to trying out games in class but simply didn’t know where and how to begin. According to an academic from the University of Southern California, Dr John Seely Brown, learning should no longer be about the transfer of knowledge from teacher to student in today’s networked world. Instead, he advocates “inquiry-led, Internet-enabled, free-form learning, bereft of exams or grades.” Sounds pretty radical to me. But then again, it does seem like online games could play an important role in this new era of teaching and learning. So, why aren’t they? 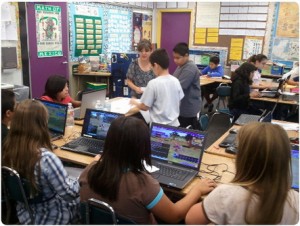 Perhaps what comes to mind first when thinking about GBL is that many teachers are unfamiliar with using games in class. Being non-gamers ourselves, we find it hard to envisage what a lesson would be like and how learning objectives can be met using games. We might ask an endless number of questions: What games could I actually use to teach a particular topic? How do I use it effectively such that it becomes a learning tool rather than just a means to keep the class awake? Even once these initial questioned are answered (by whom, I’m not sure), other uncertainties come to mind. With games, a student does not follow a directed path prescribed by the teacher. Rather, he is free to go along his own merry way. This is a scary thought for a teacher. We teachers are a dictatorial lot (well I am, anyway!) We are used to having full control of the wheel.

With conventional lessons, we can plan every moment of the lesson, down to the very last minute, just to make sure we get our job done and there are no surprises. And in fact, the more experienced a teacher you are, the fewer the surprises you get. So, what do we do when our students enter a virtual, unknown world without us there to tell them exactly what to do?? What if they come across unsavoury characters who are out to hurt them? What if they pick up bad values or language? Or worse, what if they only have fun and learn……gasp!……absolutely nothing? And what about assessment? How do you assess their learning? Surely their performance in a game does not necessarily reflect their real understanding of a given subject? Enough already…I think I need an aspirin… 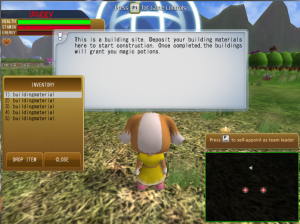 Parents might also have reservations about their children playing games as part of the curriculum. I know I would. A study I read talked about how primary school kids were scared of the zombies in a game they used in class. How then would they learn anything if they were so terrified the whole time of having their brains eaten up by these hideous creatures? My 5-year old is afraid even of butterflies so yes, I would be concerned if he was being pursued by the living dead in school! But more importantly, for many parents, our main goal in life is to stop our kids from playing games excessively at home. It gets in the way of other more important pursuits in life…..like studying. Why would we want them to go to school to carry on playing games? Call me ignorant and old-fashioned, but I do want my kids to listen to their teachers and learn from their books. Is that so bad?

Other concerns about GBL that have been raised are that of cost and the physical constraints of conducting lessons in computer labs. The first refers to the fact that with GBL in schools, every student must have access to computers in order to fully benefit from the lessons. This might be untenable for many schools around the world. In addition to that, online games suitable for using in the classroom can be expensive. In Singapore, government funding for using ICT in school is fairly large but whether or not schools allocate enough for the use of GBL depends on how important they consider it to be. As far as computer labs are concerned, teachers have found it hard to carry out certain tasks because of the way the labs are configured. With hardly enough desk space and big computers staring you in the face, doing pencil and paper activities and group-work can be a real challenge. As a rule, a person goes into a computer lab, works by himself on a PC and then leaves. There isn’t much scope for anything else really. 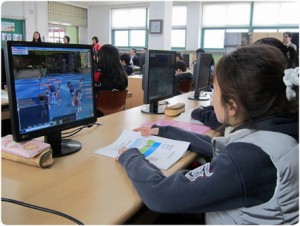 And so the list goes on. But wait; don’t get me wrong, though. I am not suggesting here that the problems associated with GBL are insurmountable and we should therefore forget about using it in education. If everything we hear or read about GBL is true, it is certainly worth trying to iron out the kinks and convert the sceptics. We teachers will also have to be prepared to let go a little and give our students space to become independent learners. The challenges of today’s world demand that we do. Indeed, we can look forward to some exciting times ahead.  But I must admit that I’m nervous already.