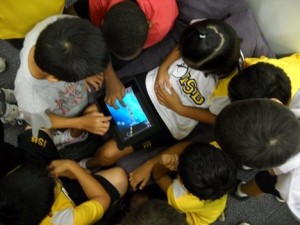 “Mummy, can we have an iPad?” For those of you with children, a question like this must sound all-too-familiar. Many parents give in and buy their little blighters the latest gizmos for a whole host of reasons. I, for one, did not see why my boys (both below the age of 10) needed something that could become addictive and expose them to unimaginable dangers. I tried to resist but in the end, I lost the fight. They both got hand-me-down Pads from the other adults in the family.

Well sure, it hasn’t been all bad. My children are learning new skills and improving on old ones with the games they play and at the risk of sounding like a bad mother, the Pad is certainly an excellent babysitter. I mean, how else am I going to get a bit of peace and quiet? The boys also seem to bond when they play games together. There is less fighting and more civilised conversation. What more could a parent ask for, you might ask? The thing is, these devices are great in many ways, but you know what they say about having too much of a good thing.

When talking about young children, the word “addiction” does seem like an exaggeration. Rather, I would prefer to say that my kids were becoming hooked to their iPads.  It was the first thing they reached for when they woke up and the last thing they looked at before bed. In between, they could sit for hours, heads bent, eyebrows furrowed, slouched over their screens. I used to get a hero’s welcome from them every time I came home from work. But once they were in the “iPad  zone”, there wouldn’t be so much as a “hallo” when I walked through the door. There would be no point starting a conversation with them unless you enjoyed being rebuffed. My kids were becoming distant and uncommunicative and they were not even teenagers yet. I had visions of them becoming blind, hunchbacked and very, very weird. 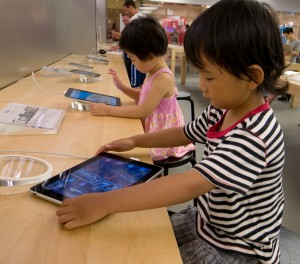 Besides this, what exactly were they being exposed to? Yes, we had activated all the proper child-safety features but how could I be sure they wouldn’t inadvertently stumble on things that I didn’t want them stumbling on? I mean, how could I possibly be watching over them every time they used the Pads? My fears were not unfounded as it turned out. We were sitting together and watching YouTube videos of Mr Men episodes. I clicked on a Mr Happy video, rejoicing in the fact that my 5-year old was able to type out “happy” all of a sudden. (yes, YouTube really improves their spelling!).  It looked harmless enough but once we started watching, I realised that I was wrong. There was Mr Happy looking anything but happy and going on about how his wife had left him and he’d turned to drink and was driven to the arms of ….I quickly turned it off.

Someone had put up that video showing a very different side of the Mr Men, just for a laugh. But I didn’t think it was very funny. At least, the parent part of me didn’t. You might think I’m over-reacting but since when did the Mr Men become divorced alcoholics? I wanted to shout “Please don’t ruin my children’s childhood!” to no one in particular and banish the Internet from our lives forever. But, I stopped myself. I gave a brief explanation to the boys about how someone had put it up as a joke and made a mental note to always check what they were watching on YouTube. They looked at me rather blankly. Obviously, they hadn’t even noticed anything different about Mr Happy. Boys! 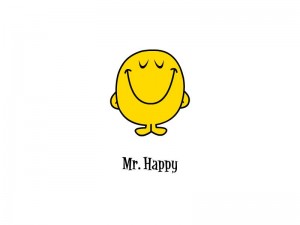 It was clear to me then that I had to ensure our smart devices didn’t get the better of us. It was time to take the bull by its horns and show it who was in-charge. As it turned out, it wasn’t as difficult as I’d imagined. It all boiled down to one thing: moderation. The iPad was here to stay and we had to learn to live with it. There was no point depriving my children of their virtual games and YouTube videos; I wasn’t about to throw the baby out with the bathwater. Instead, I came up with a schedule of when they were allowed to play with their iPads and when they had to do other ‘real-world” activities. This means that the iPads only get to see the light of day on weekends and even then, only during specified times. They might get to see a little more of them as a reward for good behaviour and a lot less of them as a consequence for bad behaviour. As such, the device would be a part of their lives but only to the extent that I saw fit. As far as YouTube is concerned, they are only allowed to watch it when a trusted adult is with them. I know, of course, that as they get older, they will find ways to outsmart me. I will have to let go of the reins at some point but then, we’ll cross that bridge when we get to it. For now, Mummy’s word goes.

Surprisingly, my kids accepted the new rules without too much complaint. They are still at the age where any kind of play is good play. So, when I suggest going cycling in the park or swimming as an alternative to computer games, they are more than happy to put down their iPads and run to get their bikes or change into their swim gear. There is nothing quite like being outdoors. It’s up to us as parents or care-givers to make sure our children get plenty of it. The benefits they reap are immeasurable. My sister was also able to introduce the boys to a most old-school of games-carrom. To my surprise, they not only thoroughly enjoyed playing it, they became quite good at it. It’s true then that children can certainly enjoy all sorts of activities, both virtual and non-virtual. My kids might just turn out normal after all. 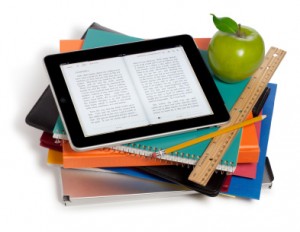 These days, I don’t see the iPad as a device sent from hell to corrupt my kids anymore. I have come to appreciate it as tool which makes life a little more interesting and fun. My younger boy amuses us with a show where he re-enacts the National Day Parade for us, complete with marching soldiers, gun salutes and fighter planes. This is all thanks to YouTube, where he watches clips of the NDP and has memorised the different segments that he likes. My 9-year old sends me endearing messages by email and loves to chat with relatives and friends living in faraway places. He wants to be on Facebook next but I think that might be pushing it a bit, don’t you agree?

So, there you have it. Raising digital kids or digital natives (as Marc Prensky calls today’s young people) has its challenges and as they grow older, the challenges might become harder to deal with. But this digital immigrant is determined to take things one step at a time. After all, there’s no need to be too stressed right now. The hankering for the newest I-gadget seems to have died down. The latest refrain from my kids these days is “Mummy, can we have a dog?”

What is 20 Percent?
Educating the Internet Ge...